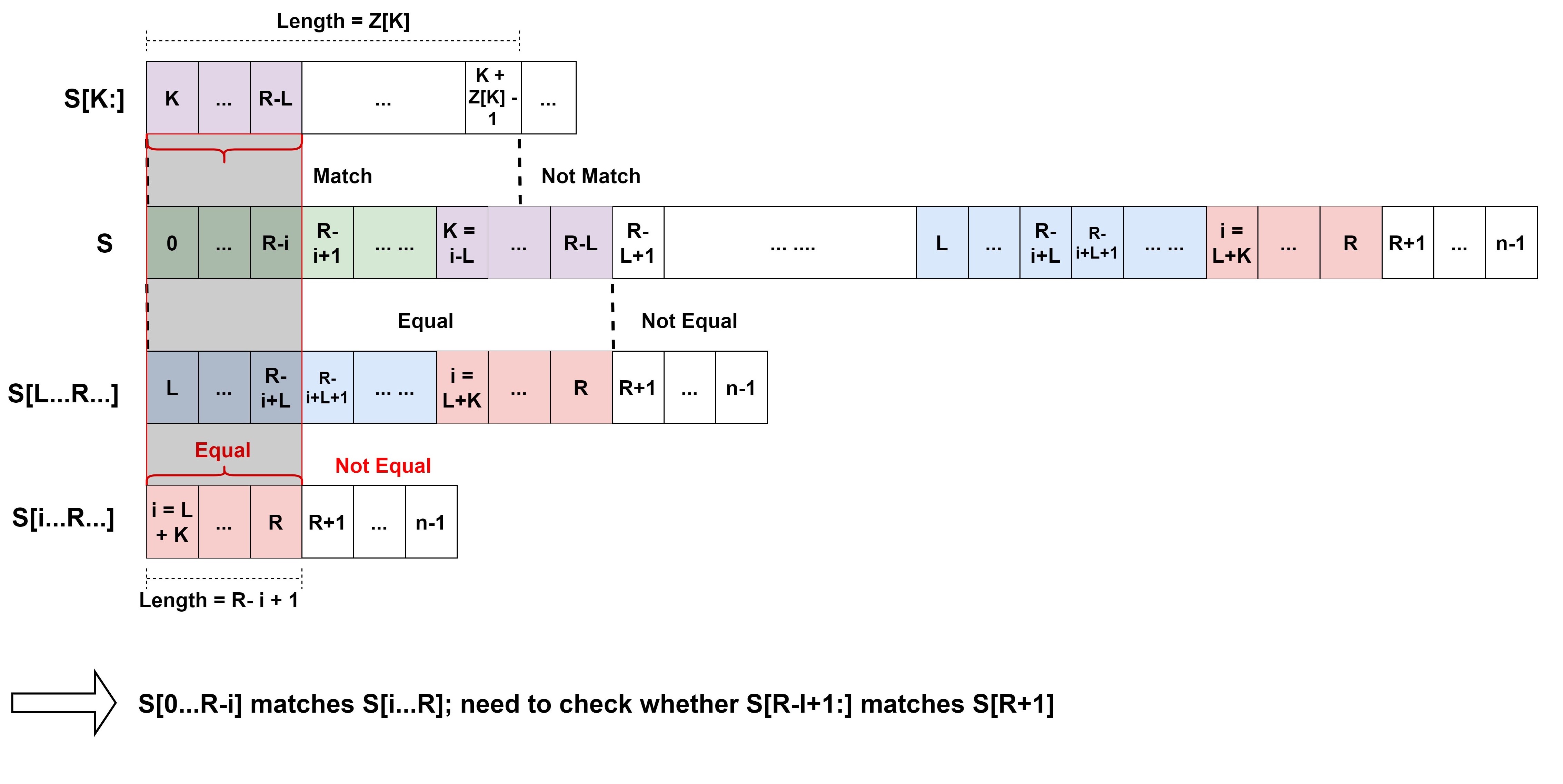 z is an array that stores the lengths of the common prefixes between each suffix s[i:] and the original string s. Z algorithm loops through i = 1 to n-1 to calculate z[i]. We use L and R (left and right) to keep track of the substring with max R (s[L...R]) which is also the prefix of s.

Use brute force to find common prefix between s and s[i:] and update z[i], L and R.

PS: The idea here seems like the state transition in dynamic programming to me. 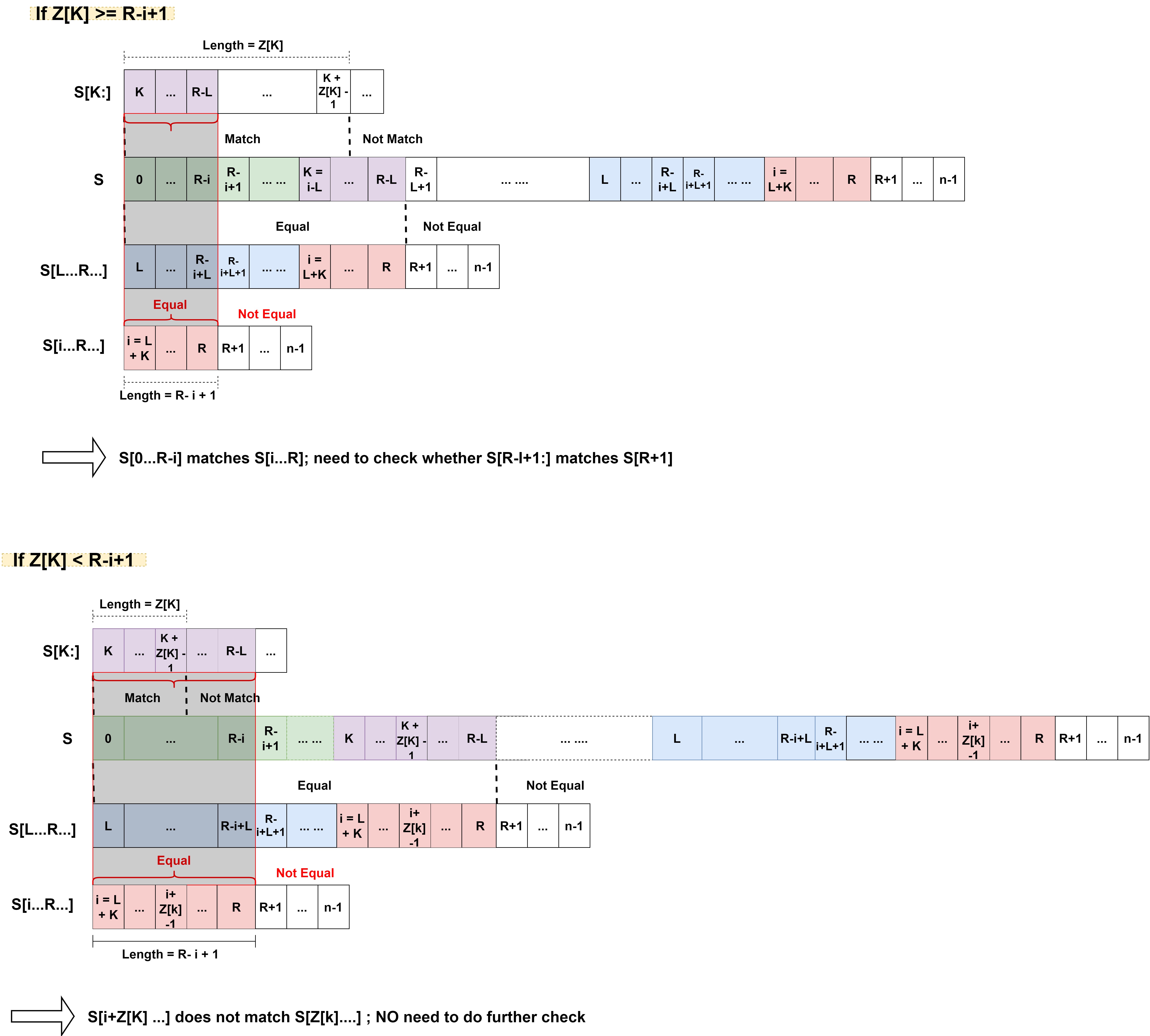 Z algorithm can be applied to string searching by connecting two strings with a dummy character.

For example: find "abc" in "adsjdabcsbdbabc"